In 2011, Canada’s prison farms were dismantled under the former Conservative government’s “Tough on Crime” agenda. The farms were not financially sustainable and were tainted by numerous allegations of physical and sexual abuse.

In 2018, the Liberal government announced it would restore prison farms, beginning in Kingston Ontario, claiming they will “emphasize rehabilitation” through “animal therapy” and “promote local sustainability.”

The former prison farms produced food for prisoners. Now prisoners will factory farm goats to produce infant formula for the Chinese market. This has nothing to do with rehabilitation, therapy, or sustainability.

Green agriculture and sanctuary would: 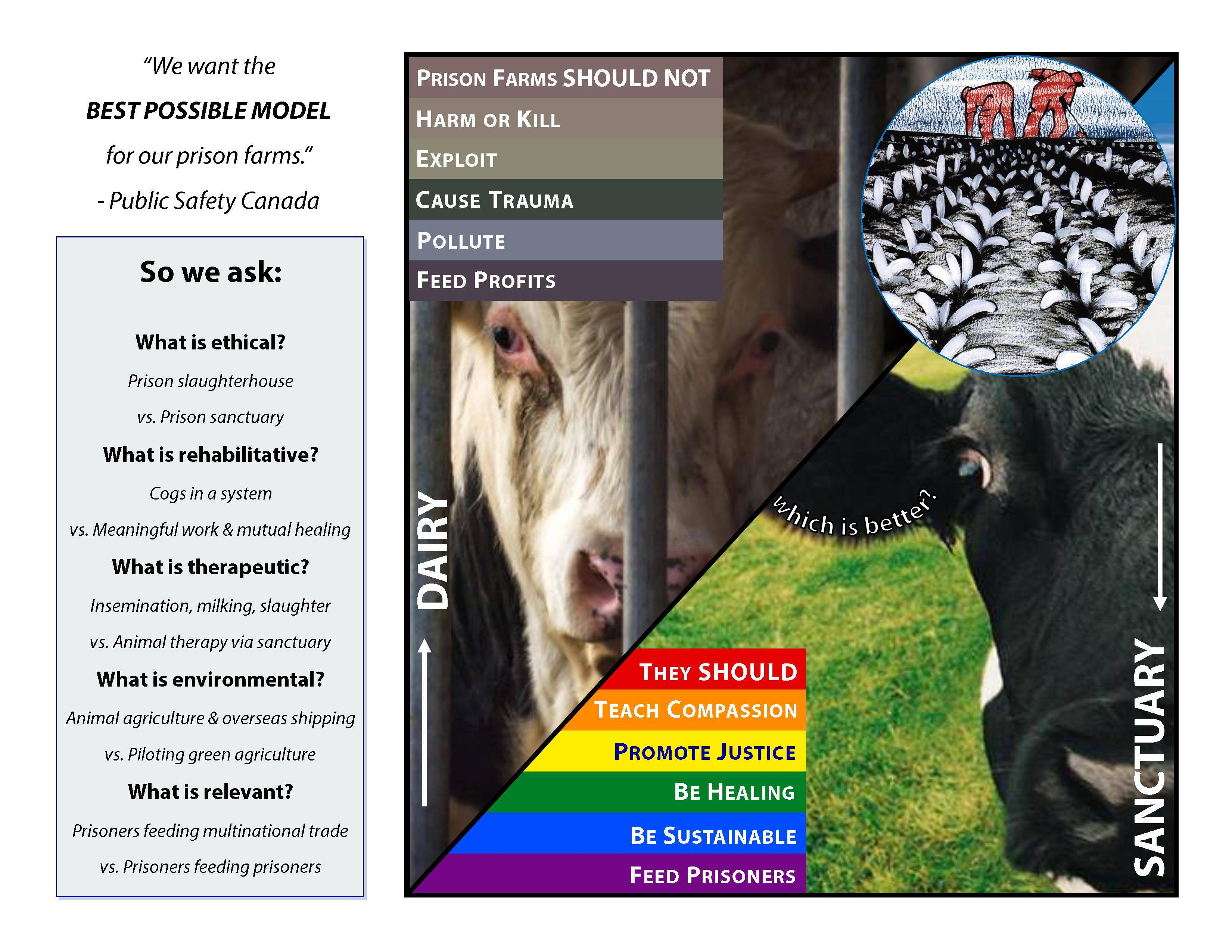