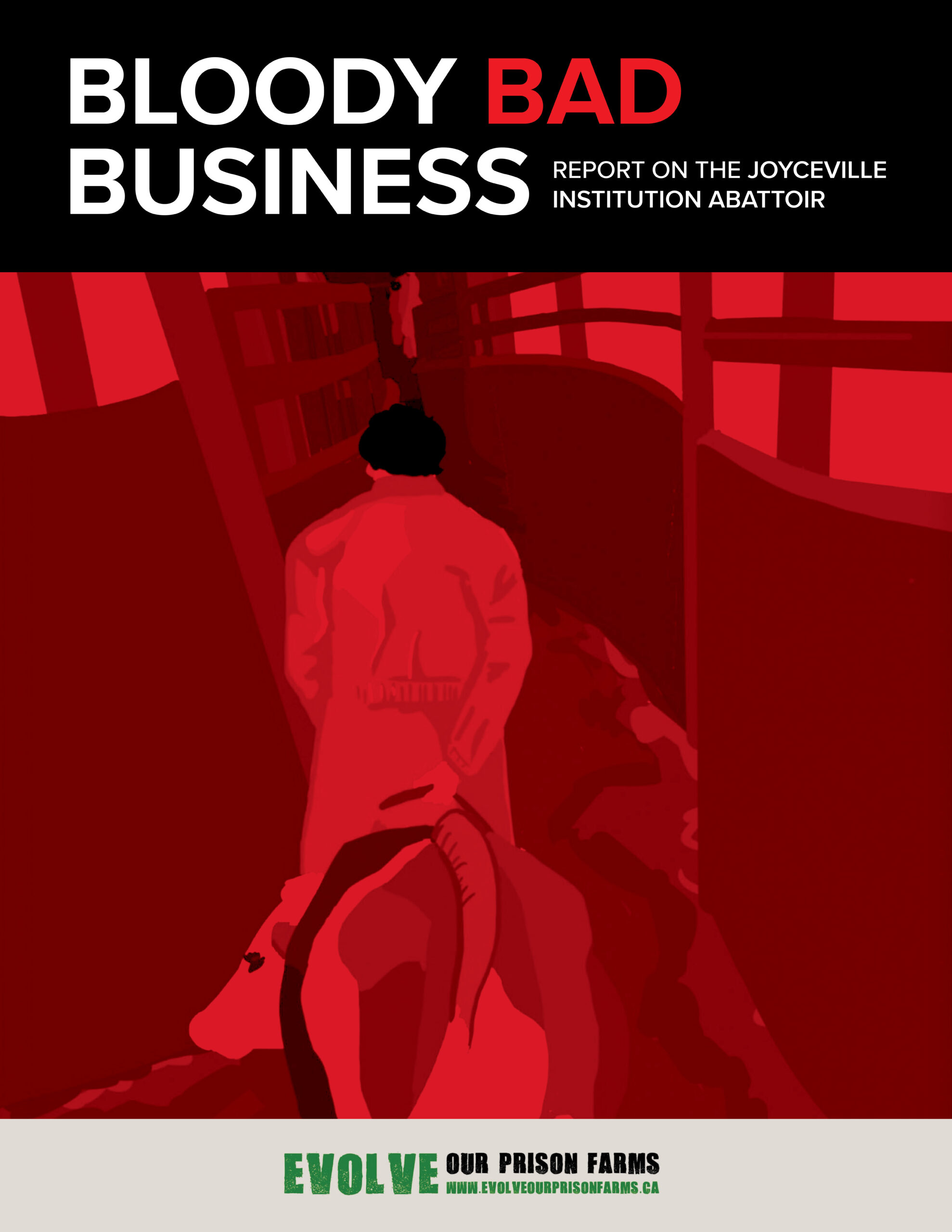 Years of research by advocacy group Evolve Our Prison Farms reveal not only the routine horrors that prisoners and correctional staff face in slaughter work at Joyceville Institution, but also the grave and widespread ethical, contractual, regulatory, institutional, legal, and human rights violations spanning the 27-year partnership between CSC and Wallace Beef Inc. With the present abattoir operator retiring and the current contract set to expire next month, it is anticipated that the abattoir will close unless the federal government intervenes to facilitate a new licence for a new company to keep prisoners killing for the meat industry. According to the provincial government, this would require “a huge influx of money” to bring the dilapidated facility up to current code.

The Joyceville abattoir was slated for closure in 2011 but the National Farmers Union and other industry representatives lobbied the federal government for its preservation since the prison labour service allows private sector farmers to “realize more profitability in their businesses.”

Bloody Bad Business documents the frustration of correctional staff who complain about the stress and expense that the abattoir places on the institution, their decades-long attempts to close the abattoir, as well as objections that were raised, unsuccessfully, over the placement of violent prisoners in the abattoir.

On April 8, 2022, Public Safety Minister Marco Mendicino told the House of Commons that the abattoir provides prisoners with the “tools” they need to safely reintegrate. The established research, however, contradicts this claim. Slaughter work is directly correlated with increases in crime, domestic violence, substance abuse, and unemployment.

Aside from the fundamental inappropriateness of training prisoners to kill, and the violation of human rights in associating coerced and underpaid prison labour with a commercial enterprise, CSC’s abattoir is rife with violations that would sink any business not kept afloat by federal subsidies and political protection. These newly exposed longstanding violations include illegal activities, money laundering and contraband smuggling, improper slaughter, animal abuse, operating without a contract, dumping abattoir blood into the prison’s water treatment plant, and spraying blood across the fields around the prison, on the banks of the Rideau River Watershed.

The first edition of Bloody Bad Business, published in August 2021, is available here.