Legal Issues Arising from the Export of Prison-Sourced Infant Formula

Prison farms are being established in Kingston, Ontario as a for-profit institutional agribusiness competing in the open market using prison labour. Beginning in 2020, Correctional Service of Canada is introducing an intensive livestock operation in the form of a 2200-goat industrial dairy. The milk will reportedly be sold to the Feihe International infant formula factory for export to China.

In 2019, Evolve Our Prison Farms obtained legal services through the Queen’s Business Law Clinic to investigate areas of legal concern under domestic and international trade laws and human rights standards. The legal findings, released in 2020, are summarized here.

The use of prison farms to supply Feihe’s infant formula exports would be contradictory to: 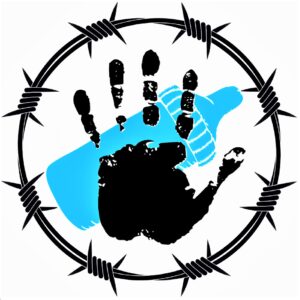 NB: The use of prison labour to advance the commercial interests of China’s top infant formula producer is also inconsistent with Canada’s obligations as a signatory to the World Health Organization’s International Code of Marketing of Breastmilk Substitutes, which “aims to stop the aggressive and inappropriate marketing of breast-milk substitutes.” According to Asian Review, Feihe uses movie stars to “push its brand message through seminars with parents, staging some 300,000 such events” per year. This “misleading advertising” contributes to China having one of the lowest rates of breastfeeding in the world with serious health consequences for mothers and developing infants.

GATT is an international legal agreement between 23 countries. The purpose of this agreement was to facilitate international trade with minimized barriers, tariffs, quotas to help with the world economy post-WWII. GATT has since then been expanded into the World Trade Organization (“WTO”), which governs over one hundred countries including China and Canada. As such, both parties would be subject to the rules enforced by the WTO.

“Subject to the requirement that such measures are not applied in a manner which would constitute a means of arbitrary or unjustifiable discrimination between countries where the same conditions prevail, or a disguised restriction on international trade, nothing in this Agreement  shall be construed to prevent the adoption or enforcement by any contracting party of measures: … (e) Relating to the products of prison labour; …”

Article XX are general exceptions that justify certain situations from being considered a GATT violation. However, the exception, if invoked, should not go against the preamble of the section which mandates that the exceptions must not be used arbitrarily to restrict trade with another country unjustifiably. In other words, if a country is using one of these exceptions to restrict trade with another country, they must be able to demonstrate that the restriction was not arbitrary or unjust.

It seems that GATT’s exception is not a valid solution to preventing prison labour goods to be sold to a Chinese company which will eventually be traded internationally. The reason being GATT’s exemption must be invoked by the importing party. Since Canada will essentially be exporting the manufactured baby-formula, this exception will have no effect on Canadian prison farms. As long as China is willing to purchase the product, Canada will be able to trade without problems.

Canada does not seem to have laws prohibiting prison-produced goods being exported from the country. Legislation and government sites/documents are silent about the exporting of prison labour goods, which is unprecedented in Canada. However, Canada does have strict laws against importing prison-produced goods. Tariff No. 9897.00 prohibits the importation “of goods manufactured or produced wholly or in part by prison labour.” Any imported goods found to have been produced by prison labour are refused entry. Canada does enforce this law heavily as there are many cases where products were banned entry.

The ILO is an agency of the United Nations and it strives to improve labour conditions worldwide. The ILO provides a handbook for businesses regarding forced labour. According to this guide, forced labour is any such work or service involuntarily done by an individual “under the menace of a penalty.” Work that is forced for fear of penalty is considered to be forced labour. “Workers should be hired to companies on a voluntary basis” and their conditions should be comparable to free workers. Generally prison labour is not considered forced labour in the international law realm unless involuntary work is being done by prisoners who have not been convicted or “involuntary work performed by a prison for the benefit of a private undertaking.”

“Some examples of how prison labour may be associated with the private sector include:

In regard to Prison Farms, again the ILO does not provide definitive rules that Canada would be subject to. However it does provide a list of criteria that labour must meet to not be considered forced labour. These are:

If any of these points are not met then a plausible argument can be made that the labour used is forced labour and as such constitutes a criminal offence and violates fundamental human rights under ILO. To stop the use of prison farms in Kingston to supply milk for the manufacture of baby formula, it is possible to raise these factors as an issue. From the above list, the stronger points would be voluntariness and benefits/wages:

The prisoner must have entered into the work on a voluntary basis. They should not have been coerced or forced to do the task for fear of penalty. The ILO suggests one way to ensure prisoners volunteered for the job is to get them to provide a written consent. However, it also recognizes that a formal consent does not mean that the prisoner was not coerced to sign. Evidence from prisoners on the practice of indirect threats or penalties or not agreeing to work would help establish the involuntariness argument to demonstrate forced labour.

Another argument that can be put forward is the poor work environment. The benefits and wages should be comparable to free workers. Countless amounts of data, articles and research papers demonstrate the dismal conditions enforced onto prisoners. Using this data, it is possible to bring an argument stating that the conditions imposed on prison labourers are not comparable to free workers and as such the prison labour constitutes forced labour which is a criminal offence.

Prison farms are not heavily sanctioned or monitored. A lot of prison-produced goods are mainly used internally in government institutions. However, this new model of selling prison labour goods to private companies is uncharted territory. There seems to be no legal rules around the produce from prison farms, nor are there rules regarding prison-produced exports from Canada. As such, this memo relied on international organizations to determine if a valid argument is possible. If enough evidence can be procured, the ILO would work the best. If it can be proved that the labour is forced, the ILO would deem it criminal and would have to improve conditions for prisoners and re-think the new prison farm model.