I am writing with a proposal for how prison farms can help alleviate the impact of the COVID-19 crisis.

There are 1500 acres of prime agricultural prison farmland in Kingston, Ontario. We propose putting this federally owned land into immediate production of nutrient dense food crops (such as potatoes, carrots, leafy greens, peas, grains) to address the threat of food insecurity in these uncertain times.

In 2018, you committed $4.3 million to restore Kingston’s prison farm operations. To date, only a small percentage of that land has been put into use by Corrections Canada (corn, soybeans and barley intended for livestock). Instead of proceeding with the planned industrial goat dairy for Chinese infant formula, there is a substantially more advantageous and urgent approach that can be implemented. 1500 acres of plant-based food production can supply hundreds of thousands of Canadian households.

Evolve Our Prison Farms does not support the exploitation of prison labour; we defend the dignity and human rights of prisoners who have told us consistently, in numerous personal conversations, that they want meaningful work that contributes to building a better society.

We urge you to seize this narrow window of opportunity to convert Kingston’s prison farmland into a federally funded food bank project. This social justice measure could solve an array of problems:

There is no time to delay, the need is urgent, the opportunity is now. You described the battle against COVID-19 as a wartime effort requiring unprecedented civic mobilization. During the World Wars, Canada’s prison farms helped feed the armed forces. We appeal to you to let Canada’s prison farms feed this new war effort today and perform a vital service in sustaining and restoring a healthy society. 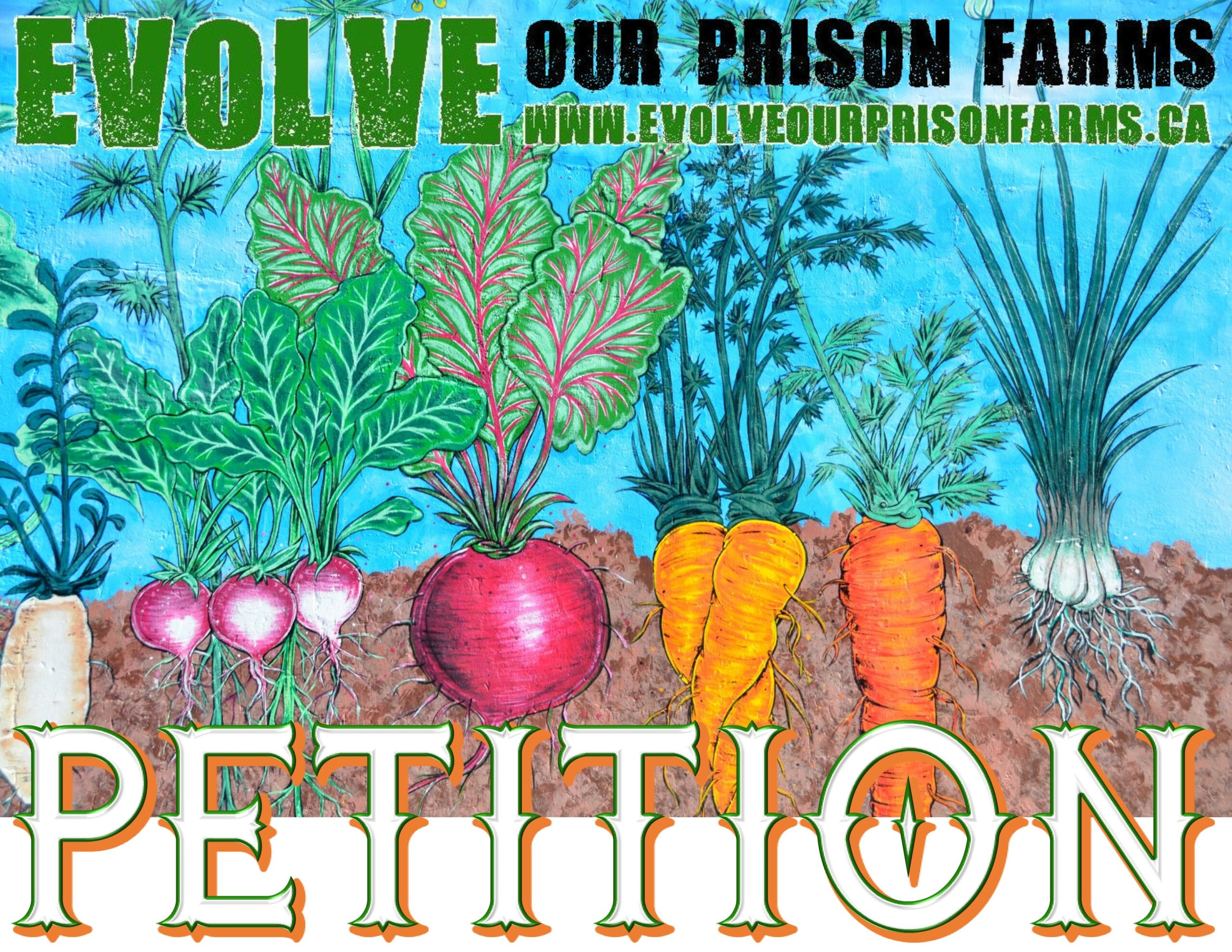